Running Out of Time in Hollywood ratings (Movie, 2006) 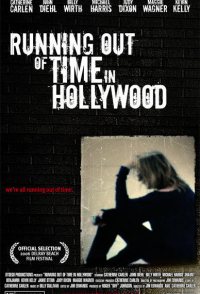 What does she do? She's a 50 year old woman in Hollywood. She wants to act again. But who is going to give her a job in Hollywood? She's too old, she's too fat, she's too broke , she has too many responsibilities and way too many dogs. IT'S IMPOSSIBLE!! but... she thinks that she's still "got it" and nothing is going to stop her! She is fearless, demanding, obsessed, dramatic, smart, sexy, impulsive, courageous, loving, furious and very funny! She's not going to sit back and wait for "them" (the business) to give it to her...she's going to make it happen even if it's going to kill her...which it almost does. On her journey she hooks up with kindred spirits who inspire her, sabotage her, threaten her, and excite her, challenge her, make her go nuts and ultimately help her to see that finding out who you are in life is what it's all about.