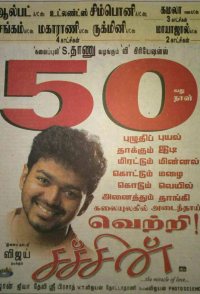 Enroute overseas, Sachein reflects on his college life, his friends, as well as fellow-collegian, Shalinii, who he had instantly fallen in love with. She, too, is attracted to him, but is practical-minded and believes that true romance can only take place after a couple have known each other for some time. Both continue meeting but she is offended when she finds out that graffiti has linked their names together. She suspects his hand behind this, but he denies it, and she asks him to prove his love within 30 days. He sets about to woo her not realizing that their lives will undergo many changes after the entry of Gowtham/Singhania, and Manju - who is determined to make Sachein fall for her - while her parents have already made arrangements for her marriage with a male settled in Canada.