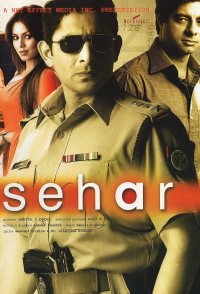 At the tender age of 8 Ajay Kumar is traumatized with the death of his army officer dad, who kills himself with his service revolver as he was being accused of being a deserter, leaving a widowed Prabha to bring up Ajay on her own. Ajay grows up, studies, and successfully becomes an IPS officer with the title of SSP. Due to his honesty, he gets transferred to various states in India. At this new posting in Uttar Pradesh he comes to terms with criminal don and ruthless killer Gajraj Singh. Ajay would like a set up a Special Task Force to deal with Gajraj, however, he does run into problems as Gajraj is politically well-connected. Then a child, who is a close friend of the state Chief Minister's, is kidnapped by Gajraj, and this paves the way for formation of the STF, consisting of about 8 honest and dedicated men, and this does results in the rescue of the child. Gajraj continues to elude the STF, using more modern technology such as the use of cell phones. But the STF bounces back and...