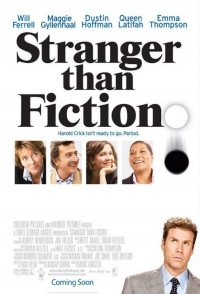 Everybody knows that your life is a story. But what if a story was your life? Harold Crick (Will Ferrell) is your average I.R.S. Agent: monotonous, boring, and repetitive. But one day this all changes when Harold begins to hear an author inside of his head narrating his life. The narrator it is extraordinarily accurate, and Harold recognizes the voice as an esteemed author he saw on television. But when the narration reveals that he is going to die, Harold must find the author of the story, and ultimately his life, to convince her to change the ending of the story before it is too late.