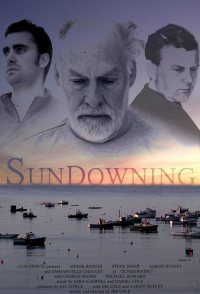 The Pritchard men have lived and worked as lobstermen on Little Stone Island, Maine, for three generations. With wives and mothers long departed, Tobey Pritchard, his son Wayne, and his grandson, also Tobey, have lived alone for fifteen years. In recent years the catches have been slow, and disputes with Canadian fisherman have taken their toll on the family's livelihood. In the middle of the worst border dispute in years, a shy Canadian woman named Darcie moves into the house next door. As the three men vie for her attention, forgotten rivalries begin to resurface. Wayne has always resented his father for keeping him on the island and alienating his wife. Wayne's father and son see him as indecisive and weak. Old Tobey, while on the mainland getting groceries, is suddenly unable to recognize his car in the parking lot. When doctors determine that he's no longer competent to work on the lobster boat, Wayne and Young Tobey are left to provide for the family, now with the added expense ...