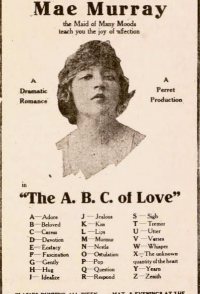 Playwright Harry Bryant while driving in a rural area, happens upon orphaned Kate astride a white horse, he is so charmed that he arranges for her to work at a nearby inn. Unable to tolerate the cruelty of the innkeepers, Kate runs away and seeks out Harry at his house in Story Brook farm. Charmed by her youthful exuberance, Harry falls in love with the uneducated girl and they marry. Harry soon becomes disenchanted with his illiterate wife, however, and seeks solace in his former sweetheart Diana Nelson. When he discovers that Diana is using him to further her social ambitions, Harry returns to Kate, who provokes his jealousy by paying daily visits to a mysterious apartment house. Finding out that Kate's secret rendezvous was with her tutor, Harry's love for his wife is rekindled.