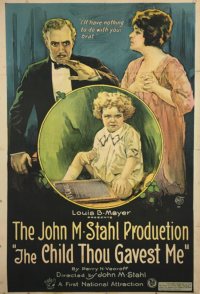 Norma Huntley, keeping a secret from her past, on the day of her wedding, wants to tell her fiancé, Edward Berkeley, but is told by her mother not to do so. During the wedding, the woman who is caring for Norma's child (whom she believes to be dead) sends the child to the Huntley home. When Norma tries to explain matters, Edward tells her that he will adopt the child but will seek out and kill the father. Edward invites to their country home Tom Marshall, a friend he suspects of the parentage; during a storm, he finds Tom and Norma together, and he shoots Tom. Norma informs Edward that she was attacked by an unknown soldier while serving as a nurse in Belgium, and Edward recognizes himself as that very soldier. Edward then tries to kill himself, but Norma insists that he live to rear their child; Tom recovers from his wound; and all are reconciled.