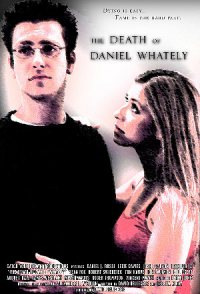 Daniel Whately is a small town filmmaker who can't get a single film festival or distributor to care about his independent film. Fate intervenes, and after a horrible tragedy, the world believes him to be dead. The publicity of a dead auteur skyrockets his little film (and his friends starring in it) to the height of stardom. What Daniel doesn't realize, is that same decision to keep up this charade of his death, the decision that's elevated his art and his reputation to such unbelievable heights, will be the undoing of both his career, and his mind. As his former friends find themselves quickly corrupted by the Hollywood system, Daniel finds his own life spiraling further and further into a dark abyss, that neither he, or anyone involved in his film will ever escape from.