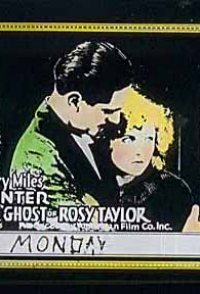 Rhoda Eldridge lives in the Paris Latin Quarter, learns at the death of her father Charles that her real name is Sayles and that she has an uncle somewhere in America. She travels to the States as a nursemaid but is discharged soon after her arrival. In the park, she finds an envelope containing a letter to Rosy Taylor from a Mrs. Du Vivier, along with a key, $2, and instructions to clean the Du Vivier mansion each week. When the penniless Rhoda learns that Rosy is dead, she cleans the home herself, and all is well until Jacques Le Clerc, Mrs. Du Vivier's brother, mistakes her for a thief and sends her to a reformatory. Rhoda, however, escapes and returns to the house. Upon discovering that Rosy has been dead for weeks, Jacques and his sister catch the mysterious housekeeper once again. Through the efforts of Jacques, who has fallen in love with her, Rhoda is united with her rich uncle, and to demonstrate her gratitude, she accepts the young man's marriage proposal.