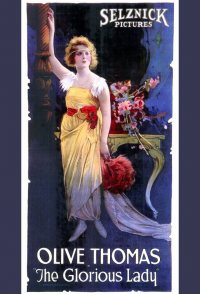 During the annual English celebration in which peasants and aristocrats mingle, the Duke of Loame, a contestant in the "point-to-point" horse race, is thrown from his horse and saved by Ivis Benson, a tenant farmer's daughter, who was leading the race. Both are injured and they fall in love during the duke's visits while Ivis recovers, to the dismay of his mother and Lady Eileen, his mother's choice for his bride. After the duke and Ivis marry, the Dowager Duchess and Lady Eileen have Lady Eileen's brother, Dr. Neuman, tell the duke that because of Ivis' injuries she will not be able to perform the most important duty of a duchess - bearing an heir. Ivis, overhearing, attempts to get a divorce by feigning drunkenness in public to disgrace the duke. When this fails, she leaves, but a maid tells the duke of the scheme, and he brings Ivis home where she does bear a son.

Different from the Others
Total votes: 1,111
Average rating: 7.0