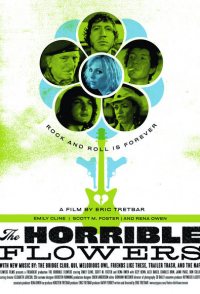 After 15 years of slogging along with her garage rock band, THE HORRIBLE FLOWERS, Bettina gets The Call. On the road for another $25-a-night tour of nowheresville, Bettina's booking agent tells her to get to Chicago where, the next day, they'll catch a plane for their big-break European tour. They've finally made it. But Bettina has her doubts. She fears that she abandoned the husband (her old drummer) and child she left behind in Minneapolis the year before. Before she can embrace the success for which she's sacrificed everything, she must make peace with her past. Using a convenient excuse of 'saving' two desperate teens fleeing from the tour bus of Linda, her malicious rival, Bettina returns to Minneapolis, orchestrates a break-down, and visits her husband and child. Once she sees them, her fears and doubts overwhelm her. She begs her husband to take her back, and he grudgingly agrees. But both of them know she's not made for cozy domesticity like he is. The painful truth that ...