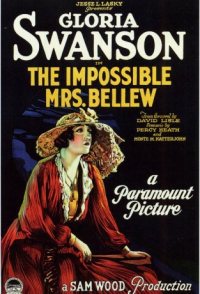 Lance Bellew ignores his wife, Betty, for his mistress, Naomi Templeton, but becomes so enraged when he finds Betty in the company of Jerry Woodruff that he shoots this family friend. For the good of her son, Betty does not contest Lance's plea of just cause and self-defense. A jury agrees with Lance, and Betty's reputation is ruined. After the court takes away her son she travels to France, becomes friends with author John Helstan, but agrees with his father that she should break off the relationship for John's own good. John believes Betty to be a good woman, but he changes his mind when he witnesses her behavior at a party given by Count Radisloff. Meanwhile, Lance and his Aunt Agatha have had a change of heart. Aunt Agatha takes Lance, Jr., to France, and John hears the truth in time to rescue Betty from the count.