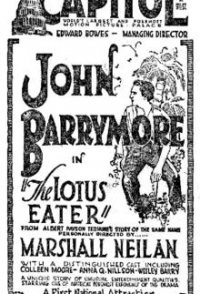 Disillusioned in marriage, Jacques Leroi attempts an airship flight across the Pacific Ocean, but crashes and washes ashore on an island populated by a peaceful tribe of completely happy people. The islanders have divested themselves of selfish motives and social conventions and live in perfect harmony. There Jacques falls in love, but although he senses the island is his only hope of true happiness, his conscience demands that he try to repair his wrecked life back in civilization. Returning to New York, he finds a difficult decision awaiting him.