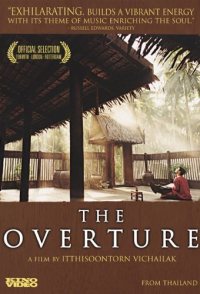 Based on the life of Luang Pradit Pairoh (Sorn Silapabanleng) the most revered traditional Thai music master who lived during the reigns of Kings Rama V to VIII, the movie traces the life of Sorn, who picked up the ra-nad ek (Thai xylophone) mallets as a small child and played all his life. The backdrop to Sorn's life tale is the story of Thailand's classical music from its golden age during the reign of King Rama V to near extinction after the end of the absolute monarchy when the government banned it as uncivilised in the 1930s -- a time when Field Marshall Plaek Pibulsongkram tried to push the Kingdom into the modern era. The film shifts back and forth from the time when Sorn was a young man, playing in a xylophone duel with the intense Kun In, to the 1940s, when Thailand was under Japanese occupation and Sorn's playing would provide some inspiration to the oppressed citizenry of the time.