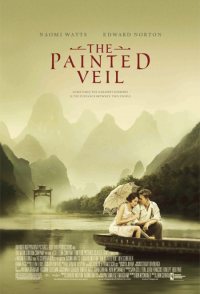 This love story has Kitty (Naomi Watts) meeting young, intelligent, shy and somewhat dull Dr. Walter Fane (Edward Norton), whose forte is the study of infectious diseases, and the convenient marriage to which she finds herself committed. It is in this web of intrigue that they head for China, only after Walter discovers Kitty's infidelity with the dashing and witty diplomat Charlie Townsend (Liev Schreiber). So much as to hide her from herself and to help thwart a cholera outbreak, this is a marriage more than on the rocks. This is a cold, indifferent, and loveless partnership in a vast unknown and deadly environment that will test both of these flightless lovebirds and with the hardships and tolerances more than any had ever anticipated. A visual delight amidst the pain and suffering of dying people and failing marriage. Will a cure be found for both, before it's too late?