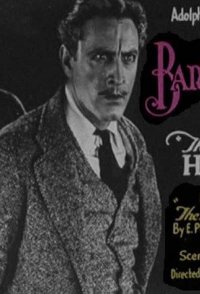 Wealthy Southerner Martin Wingrave falls for Ruth Curtis, who detests her husband. After Curtis finds the secluded lovers embracing, Ruth blames Martin. Curtis fights him, but faints because of a weak heart, after which Dr. George Lumley, another of Ruth's admirers, gives her heart stimulant to administer. When she purposely refrains from giving it, Curtis dies, and Martin is sentenced to prison for manslaughter. He returns home after seven year resentful, and goes with his neighbor Juliet Hollis, whom he secretly supported, to New York, supposedly so that she can continue her music education. Martin visits Ruth, now the wife of Judge Ferris, and demands that she introduce him to society, or he will reveal her earlier love letters. After Juliet discovers that Ruth and Lumley, still Ruth's "admirer," plan to poison Martin, Martin entraps them into admitting their relationship within the Judge's hearing. The judge orders them out and cynically threatens to prosecute Lumley if he ever ...