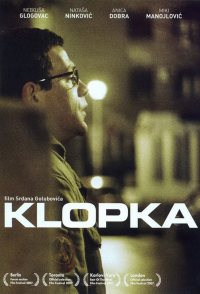 "THE TRAP" is a modern film noir reflecting the true face of Serbian (Eastern European) 'society in transition.' It's a story that could happen to you. It is a film about an ordinary man, who is forced to choose between life and death of his own child. THE TRAP is a film about post-Milosevic Serbia, in which there is no more war, but there is moral and existential desert, about Serbia in transition, in which human life still isn't worth a lot, about normal life which still seems unreachable.