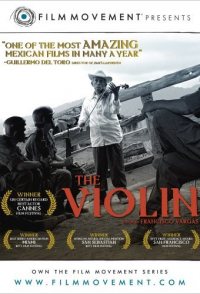 In an unnamed Latin American country that closely resembles Mexico, the government fights a rural insurgency with torture, assault, rape, and murder. Soldiers descend on a town, cutting off the rebels from their cache of ammunition hidden in a field. A family of grandfather, son, and grandson are among the rebels in the hills. The grandfather, with his violin over his shoulder, tries to pass the checkpoint, ostensibly to tend his corn crop. The commanding officer lets him pass but insists on a daily music lesson. Can the old man ferry out the ammunition in his violin case under the soldiers' nose?