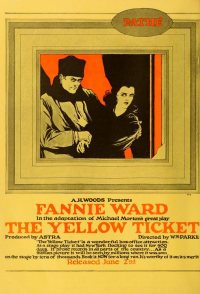 Anna Mirrel, a young Jewish girl in Czarist Russia, is forced to degrade herself in order to visit her father, whom she believes to be ill. She obtains a yellow passport, signifying that she is a prostitute. When she arrives in St. Petersburg, she finds her father has been killed. She encounters a young journalist and tells him of the crimes the state perpetrates against its citizens. But the pair fall into the hands of the secret police when the journalist publishes her remarks. In order to obtain their freedom, Anna must choose whether to submit to the desires of the sinister head of the police, Baron Andrey.